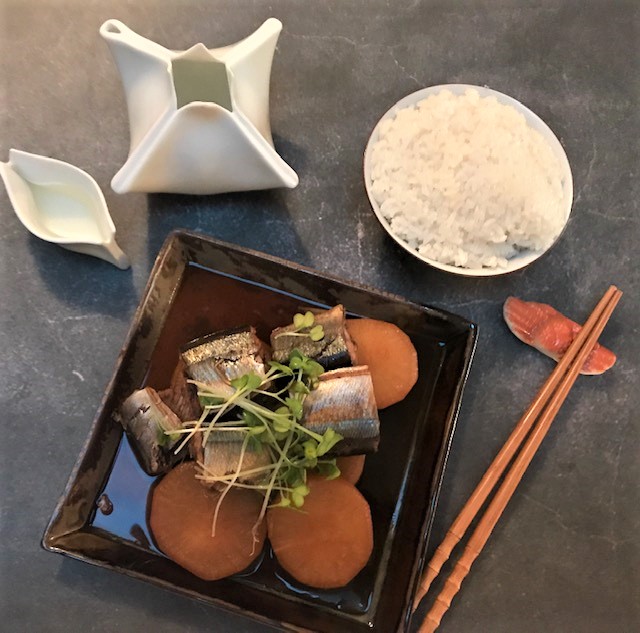 I’m not sure why it has taken me so long, but I have begun to compile all the recipes I collected while living in Kesennuma, Japan which is located in Northeast  Japan. Tohoku–composed of Aomori, Akita, Fukushima, Iwate, Miyagi, and Yamagata prefectures–is famous for rugged coastlines, picturesque mountains, hot springs, and rural farming communities and was at the forefront of the slow food movement in Japan, which is fitting for a region that has long been famous for being one of the largest rice producing regions in Japan. In addition to rice, the region is known for it’s seafood.

Sanma otherwise known as Pacific Saury or mackerel pike is one such fish that is prolific off the Sanriku coastline. The meat of this small fish is dark and oily and similar to mackerel. Don’t let that turn you off though, this fish is delicious when simmered in soy with sugar and ginger. The meat’s richness is balanced by the bite from the ginger and the umami rich soy. I like to add some refreshing daikon radish that helps balance the rich flavor of the fish. 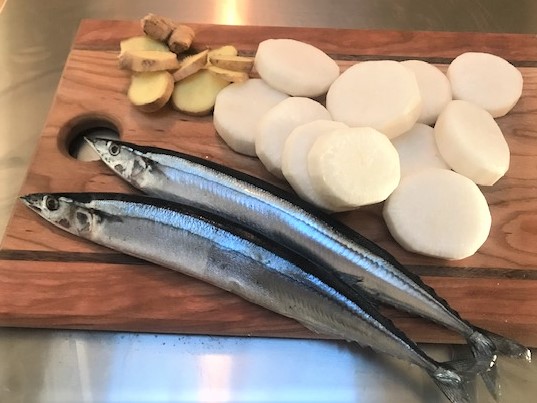